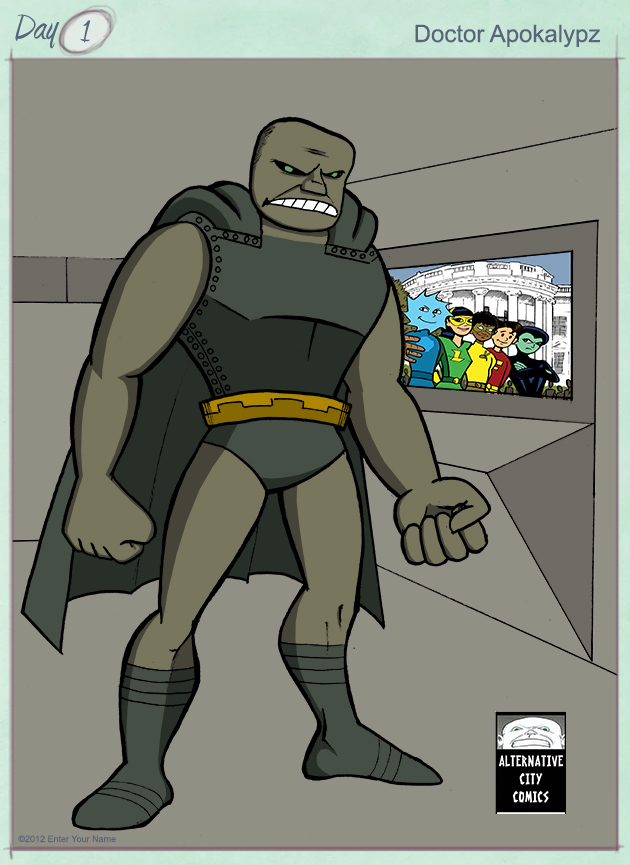 Doctor Karl Heinz Apokalypz was a brilliant Bavarian scientist who became obsessed with the Thule Society, a German occultist group that was rumored to have had the likes of Rudolf Hess among it’s members. While attempting to make contact with the mythical city the group is named for, Apokalypz instead contacted an off-planet being that possessed his body and spirit giving him unnatural strength and turning his skin into a rocky metallic substance. Presently he is plotting to destroy the Awesome 5! and was last seen watching them on a monitor in his lair as they received  mad props from the president for defeating the evil Ramses (as seen in Awesome 5! #1).