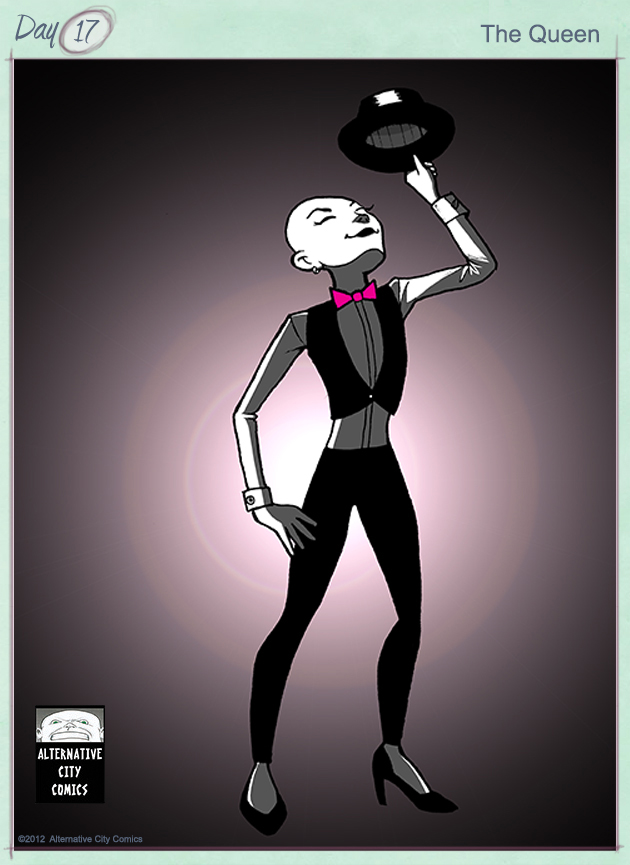 The self proclaimed “Queen of Crime”, formerly known as Phillipe Caufield has always lived by his wits. For several years he was the boy-toy of a powerful Greek smuggler, until the fateful day his sugar daddy tried to have him killed. After surviving the attempted assassination, he managed to hack into his ex-lover’s swiss bank account and hire his own band of thugs to blow up Daddy’s yacht. With unlimited resources and a band of mercenaries at his disposal he decides to relocate to Alternative City where became the arch enemy of Otis Wonder. 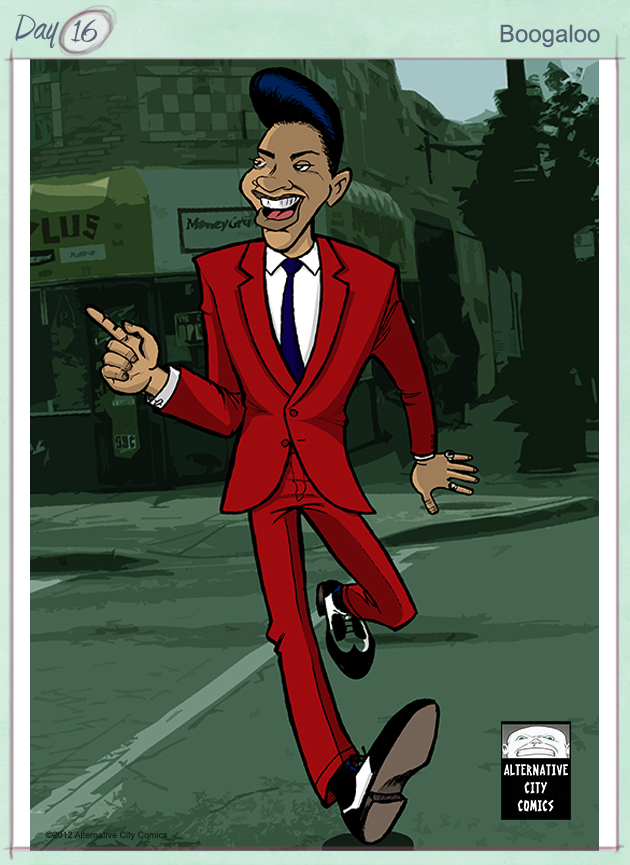 Boogaloo is one of those guys that’s right on the cusp of being a criminal but never gets caught. He does what he has to do to survive. Aside from being a snappy dresser, he also has a jones for 60’s soul music and rib tips. He’s seen frequently in and around Luther’s rib shack where he’ll pick up a large order while he unloads a couple of Rolex knockoffs. When Otis Wonder needs some info about what’s on the streets, Boogaloo is his man.