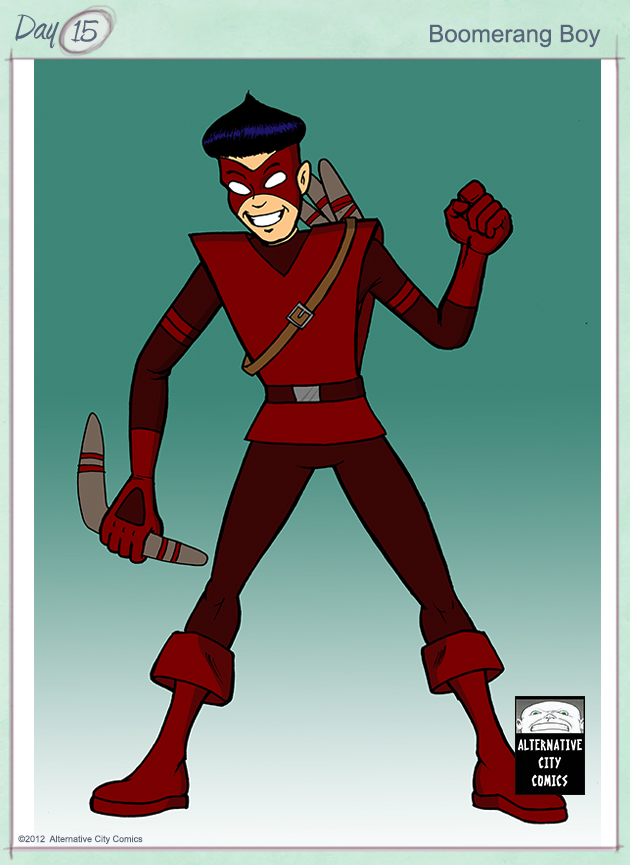 The true identity of Boomerang Boy is unknown. His powers appear to be blinding speed and an arsenal of trick boomerangs.

Not much is known about Dingbat other than he is the self proclaimed world’s greatest acrobat and he concentrates his nightly patrols mostly on the west side.

Steel Boy was the first successful experiment by Professor Gepettus who would later create the Flamester. In reality he was just a stepping stone in the process of creating a synthetic human. After his creation in 1942 he was recruited by the armed forces to fight the Nazis. After several years leading the war effort along side Golden Boy and the Flamester he was decommissioned in 1950 and put into storage.