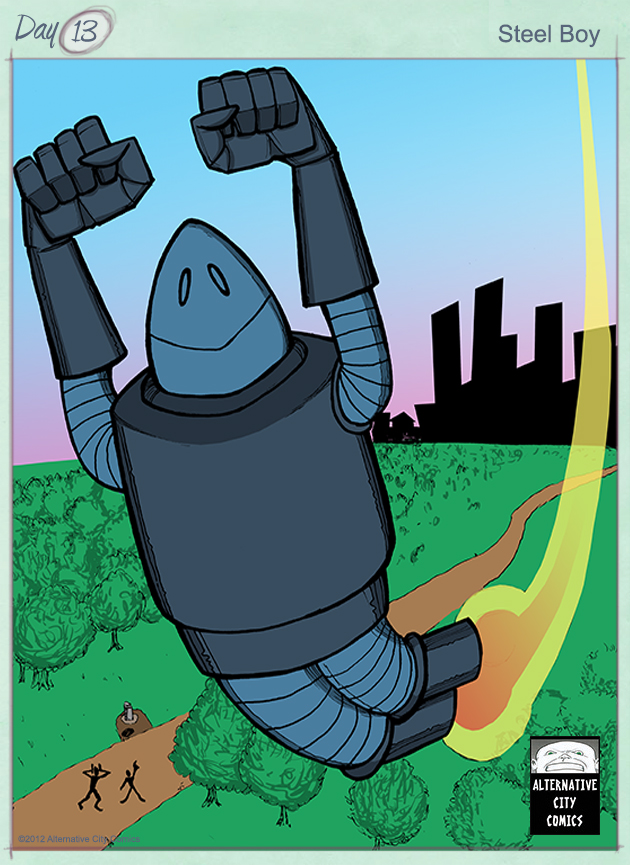 Steel Boy was the first successful experiment by Professor Gepettus who would later create the Flamester. In reality he was just a stepping stone in the process of creating a synthetic human. After his creation in 1942 he was recruited by the armed forces to fight the Nazis. After several years leading the war effort along side Golden Boy and the Flamester he was decommissioned in 1950 and put into storage.