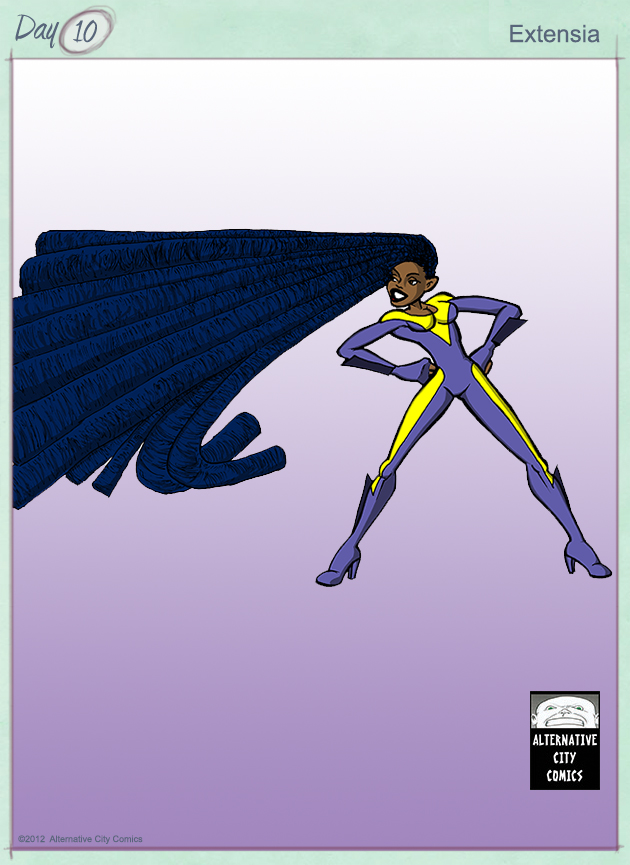 Brenda Jenkins was a shy bookish girl with low self esteem. Tired of the cruel taunts showered upon her by her co-workers, she visits the shop of Madame Felucca, a practitioner of Obeah, a type of sorcery practiced in the west indies. At her wit’s end Brenda begs Madame F to give her strength and confidence and proclaims that she would pay any price to achieve these goals including her very soul. In an effort to oblige her client, Felucca performs a ritual involving the dreads of an Obeah woman that was known for her powerful spells. During the ritual the woman’s dreads and Brenda’s hair merge and become one.

The effect on Brenda was immediate. She went to work the next day,  told everyone off and quit her job. Days later she began to notice physical changes as well. Not only was her strength increasing tenfold, but she discovered that she could move her hair which was now very long just by thinking about it. Eventually she could not only move it but also increase the mass making it a deadly weapon. She was soon discovered by CHAMPS (see day 2) and added to their roster of heros for hire.