Director Christopher Nolan has stated that this will be his final venture into the world of Batman, in fact on the movie’s official website it says ” the legend ends July 20″. If that is the case, this could be the best third movie in a trilogy ever.

I’m not going to give anything away but I will say this and the hardcore Batman fans will know what I’m talking about. A few months ago I was sharing with my peeps in the Chicago Comic Creator group, that I wished the new movie would use the No Man’s Land storyline. Well, they sorta did.

Also, all the fanboys worried about how Catwoman was going to be portrayed can relax because Anne Hathaway nails it. She comes across way more like the current Selena Kyle than any other actress that has played her before.

So maybe in five or six years a new director will try their hand at the caped crusader. They’re gonna have a tough act to follow. 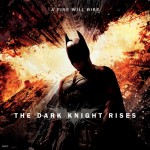 One Reply to “The Dark Knight Takes A Bow”